The blip on the horizon

which slowly comes into

a phone call from the police

in the middle of the night.

The agony of waiting

But I cannot save him.

It’s not your job, friends say. But I’m his wife, I say. His best friend. If I do not warn him, no one else will. No one else has. He has to save himself, they say. Your job is to save yourself.

I know from the Twelve Steps that only he can save himself. And that he must do it for himself, not for me or anyone else. But here is where I get stuck. I see the wound in him. The young boy, lying in a corner, curled against the pain that immobilizes him, snarling like a wild animal at those who would tend him.

But I see too that trying to save him is also a way of hanging on, that not walking away is pretending I am not losing him. I promised him I would never leave him, I say. And that too is a way of avoiding the pain of not being chosen.

I thought we had embarked together on a spiritual adventure meant to help us both grow. To heal. I am shattered to realize I am alone on this journey. That he has abandoned both me and the journey.

Years ago I wrote what friends told me was a message to myself: But you want your wound bleeding and raw, willing to sacrifice even your soul mate, to keep from changing who you think you are. I think I see this in him now, but what do I know of his spiritual journey, what he is meant to learn? The real issue is What am I meant to learn?

What you are unwilling to walk away from, is where you get stuck.

And these are all true.

Twenty-four years ago, three months before my mother died, I put my grandmother into a nursing home. It was the one of the two things she never wanted. The other was to have cancer.  Instead, it was my mother, her daughter, who would die of it. My grandmother died simply, of old age.

After leaving my grandmother at what was, I assured myself, a nice home, I went to my sister’s house. I had no sooner arrived, no sooner taken two steps onto her lawn, when I fell to my hands and knees, sobbing. “I want her back,” I said. “I want her back.”

For months now, I have been, to my surprise, comfortable living on my own. No longer scared, as I always would be when he was away traveling, of sleeping in the house alone. No longer confined to bed, if I woke in the night. If I must have insomnia at 3 a.m., I told myself, at least I can make tea. Nor have I felt particularly lonely. Now it is the cat that nestles into the hollow of my back at night.

But suddenly, on a recent day – which, admittedly, was our 32nd wedding anniversary, the last anniversary, most likely, I would spend as married woman – suddenly that day, the house felt empty. Missing that burst of energy that always accompanied him whenever he came home.

“I want him back. I want him back.” I fell to my hands and knees again, rocking back and forth, keening, even as, underneath, I knew that this was not a choice I was being offered.

This is not the change I asked for.

Yesterday was one of my really “bad” days. Sorrow without end. A mental attempt to undo, like the aftermath of a car accident. Why didn’t I take another route? Stop for gas? Postpone the trip?

But it is. And the enormity of my loss staggers me. I lose my balance. My appetite. And why, exactly, I need to go on breathing.

But breathe I do. Deep and slow. Rhythmic as the ocean. Like the tides, pulled by forces I only dimly grasp.

Dear Mother of God, hear my plea and send me succor for my grief.

I was nearly to the turning point of my daily walk, the park which marks the end of the trip away and the beginning of the way home, when I realized I had not been paying attention to my surroundings. More mindful now, I stopped to look at a nearby tree. Stripped of its protective bark, the inner core stood naked and vulnerable. Like me, I thought to myself.

As I left the park, I came out from the shade of a tall pine and there in the grass before me, backlit by the rising sun, was a field of diamonds. A cricket announced his presence but fell silent as I approached. Across the street, yesterday’s rain had dampened the skeleton of two houses in mid-construction, muffling, to my disappointment, the smell of freshly cut wood.

Sometimes making our way home is about finding the right path.

You are the salt of the earth, but if the salt has lost its flavor, with what will it be salted? It is then good for nothing, but to be cast out and trodden under the feet of men.

There are days when I struggle to maintain a sense of purpose. Of utility. To myself, and others. When I feel cast out and carelessly trodden underfoot. Days when I despair of regaining any saltiness, any means with which to flavor this life. Days when I am “poor in spirit”.

It is at times like these when the angels arrive. People, I believe, sent by God to remind me not only of my innate worthiness, but of His loving presence. Everything I see, I tell myself, is an expression of God. This morning I found a carpet of tiny white flowers amid an expanse of grass. One long blade bent under the burden of three drops of water. I feel both joy in the perfection of the miniature blossoms, and bowed myself by a great weight.

Baal Shem Tov says ” In God’s palace, there are many doors, each with its own key. But there is one key that opens all the doors. That key is the broken heart.”

It is the salt of my tears which restores my ability to savor.

For this, the third of a series reflecting on a meditation podcast, I set out on my walk with the intention of paying particular attention to discoveries made along my path. Be Here Now.

Yesterday’s rain encouraged mushrooms to sprout overnight. In the gravel of my neighbor’s driveway, stood two yellow mushrooms. Caps rounded, the distance between them was that of two children on a playground, far enough apart to bounce a ball between them. One, hearing its name called, had turned away.

On my way back, I spy in the grass a tiny and delicate mushroom, the height of my thumb, with translucent stem and an upturned cap, pale gray and streaked with inky lines. Nearby nestles a single down feather. Three drops of rain rest on a single blade of grass.

Every step is part of the journey.

Yesterday it was pouring rain when I left a friend’s house. I got drenched again running from the car to my front door. Once inside, I stripped off wet clothes, lit candles in every room, put on the tea kettle, and ran a hot bath.

After a luxurious soak, I tied my bathrobe around my waist, put spaghetti on to cook, and poured myself a glass of wine.

Outside, rain drummed on the windowpane. Inside, a flickering candle illuminated the cheery yellow of chrysanthemums, highlighting them against the jewel purple of the hand towel hanging nearby.

This, I thought to myself. This moment of happiness, this tiny joy. This.

Cooler air this morning heralds not the arrival of fall but its impending arrival.

A house undergoing renovation still wears a white-on-white wicker porch swing. Twisted balusters and the siding – with the rounded bottom edge traditional to original houses in this neighborhood – gently flake milk-white paint. Whorls of bare wood, its DNA, peek through a foamy veil.

Out front, a limb of a century-old live oak reaches out to cradle the air above the street, graceful as a dancer’s arm.

On the next street over, on my way home, a Red Bird of Paradise bush, its blossoms aflame, claims my attention and I stop for a moment, paying homage.

All I have is all I need. 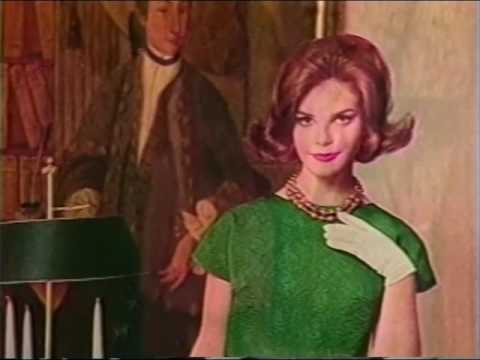